In the most desirable and Exclusive neighbourhood

Live your best life in the most secure & private home - all three storeys of it.
With nearly 13,000 square feet of combined living space and a prime location in Canada's most prestigious master-planned oceanfront Harbour Green community, this stunning home is just steps away from Vancouver's Coal Harbour Marina and the world's longest uninterrupted waterfront seawall. At $49 million, it is the crown jewel of Vancouver's luxury real estate market.
Completed in 2012 and custom redesigned in 2016, the opulent penthouse comes complete with over 8,000 square feet of indoor space, including four bedrooms, five bathrooms, and more than 4,700 square feet of functional outdoor space, including one balcony and two rooftop terraces, one of which has been transformed into a secluded 2,500-square-foot Zen garden.
Inside, 20-foot ceilings give the modern abode an airy, open feel, which is augmented by the unobstructed 360-degree views of the ocean, North Shore Mountains, Stanley Park, the historic Lions Gate Bridge, and English Bay from every room. Downstairs, a seven-car private garage and three high-security rooms provide ample storage space.
The penthouse's stylish aesthetics pay tribute to the surrounding vistas, mirroring the landscape with understated West Coast flair. Custom designed by Karin Bohn, founder and creative director of the award-winning House of Bohn design studio, the home's finishings include luxury materials, millwork and custom furnishings that reflect and enhance the views beyond. 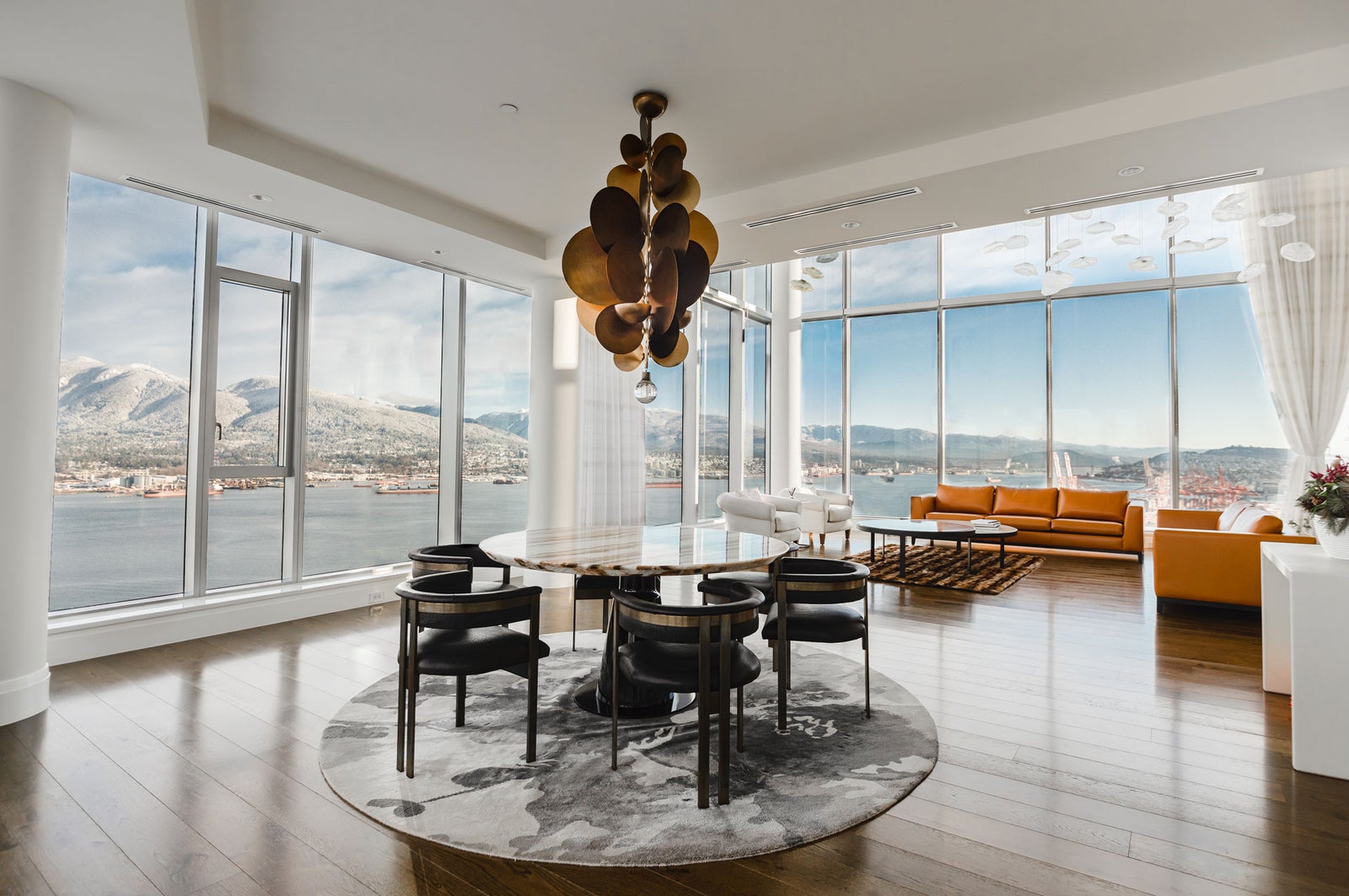 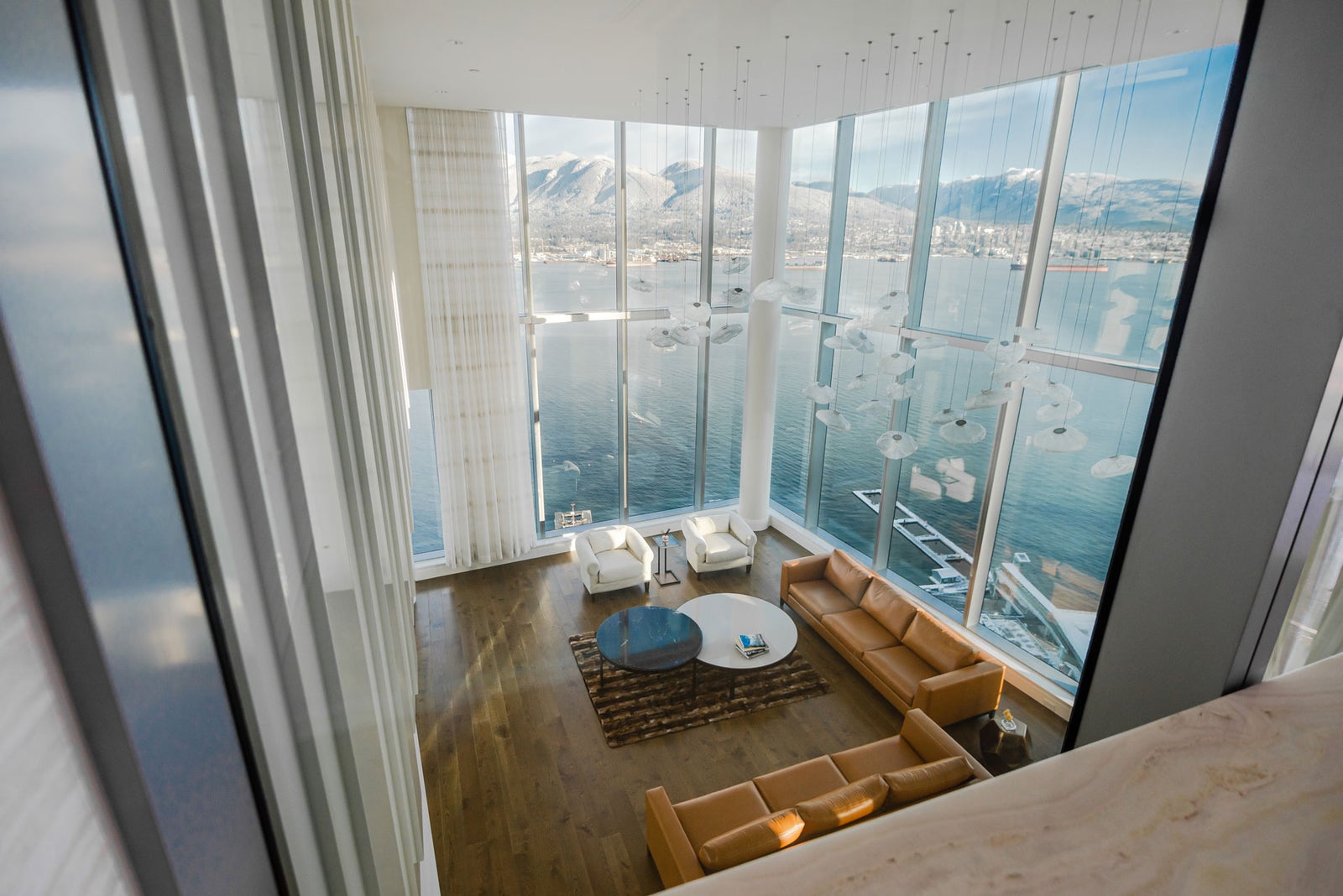 Everything you could want for your lifestyle

Enjoy the Vancouver high-style life in the security of your  Three Harbour Green home.
Amenities include:

Steps away from luxury shops and five-star establishments

Security, concierge and monitoring for peace of mind

Start with perfection and make it your own

Consideration of EVERY detail

Custom-designed by the award-winning House of Bohn, this property is perfect for the design-forward individual or family, who want to take advantage of the panoramic ocean views, from English Bay, Ocean, North Shore mountains, Stanley Park, Lions Gate bridge and beyond.
Custom design highlights: 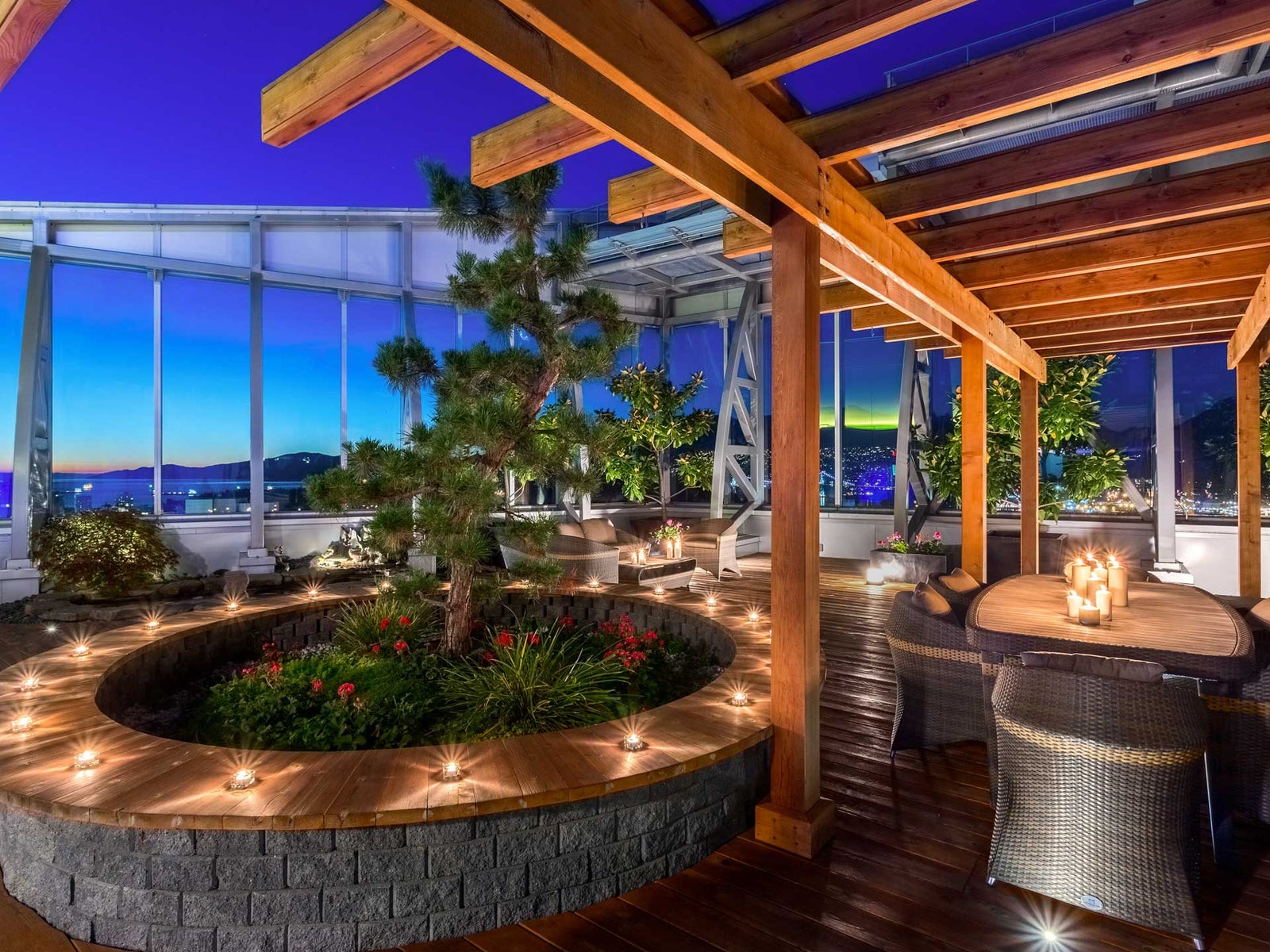 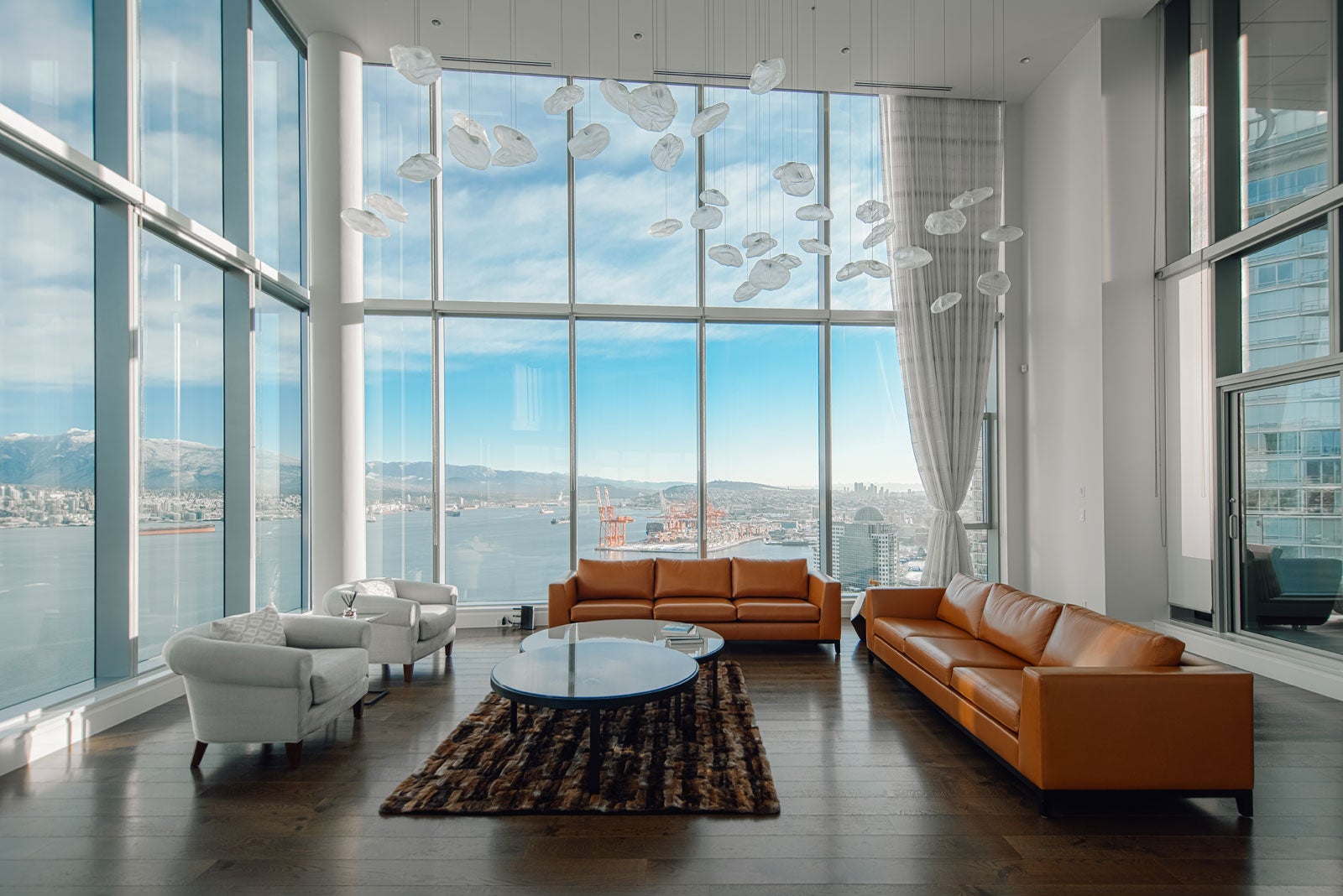 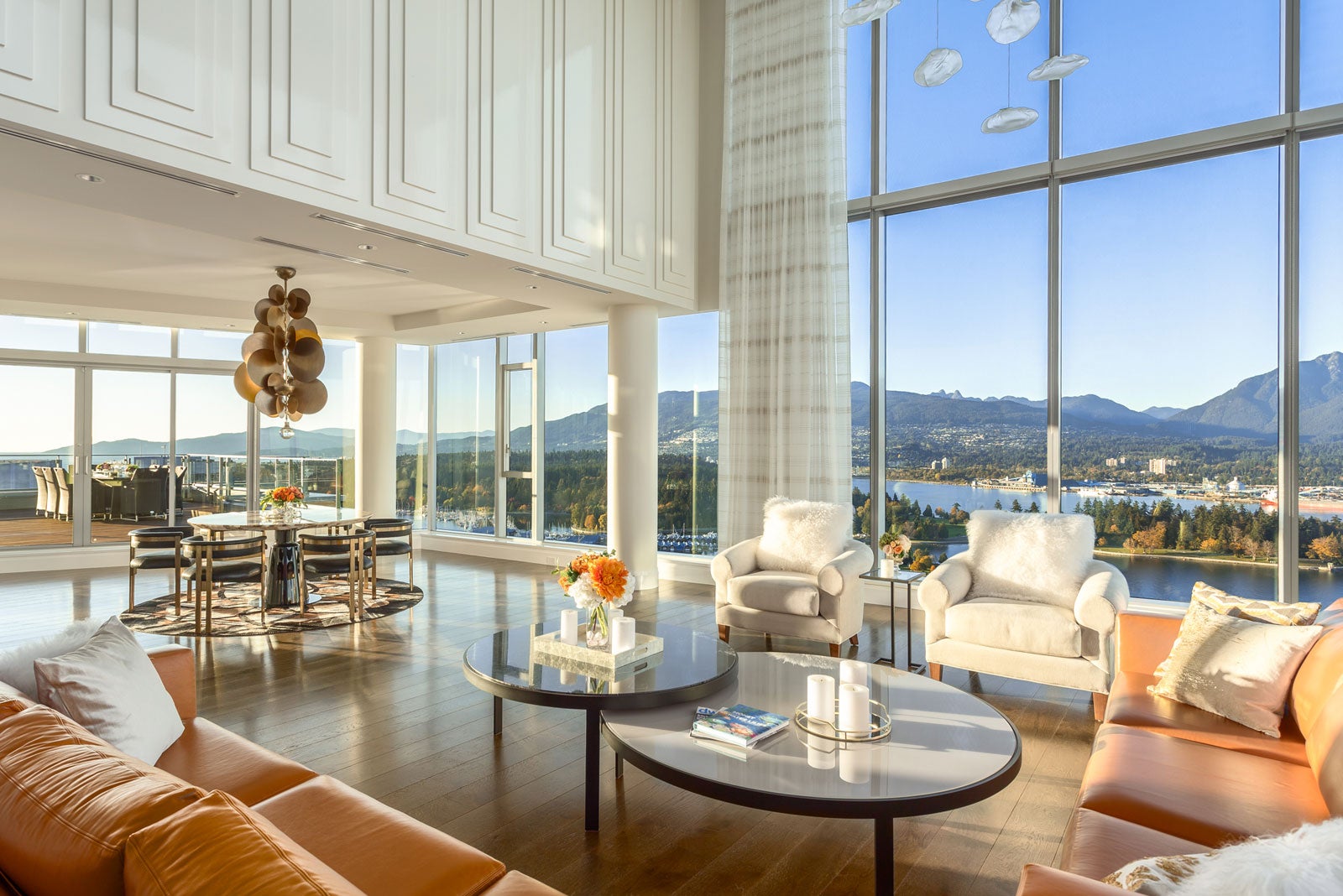 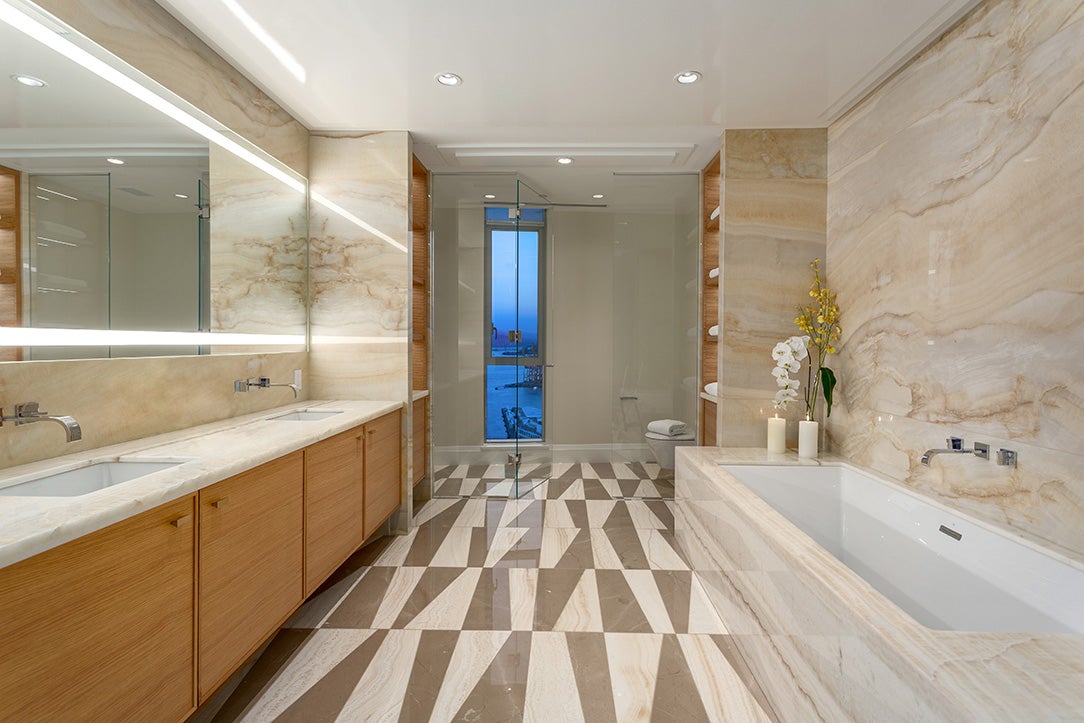 Get in Touch with Juliana Today

YOUR LUXURY LISTING AGENT IN VANCOUVER, BC

Call us today if you're looking to sell or buy a luxury residential property.
CONTACT US

We just wanted to truly thank you…

for all your hard work and the tremendous work and guidance you provided during our search for the perfect home! You really rolled out the red carpet for us and gave us wonderful feedback on each house we considered. You were honest and upfront, and we would recommend you to anyone looking for a realtor. - J Garnett & D Wiebe

MARKETING AND ADVERTISING IMPRESSIONS FOR EVERY LISTING 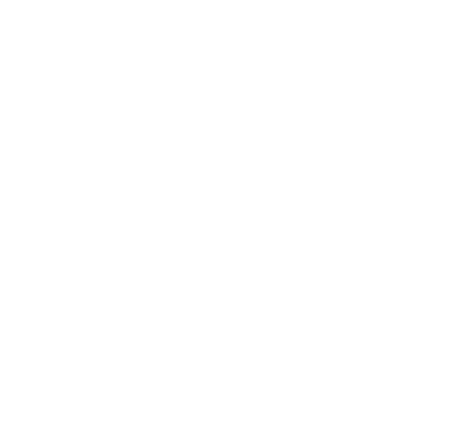